We have just returned from our first overland tour – 4 days away from the ship.

INCREDIBLE – FANTASTIC – UNBELIEVABLE – WHAT WORDS CAN I FIND TO EXPRESS THE WONDERFUL THINGS THAT WE HAVE SEEN AND EXPERIENCED ON THIS TOUR!!

We need some hours to digest the impressions that we will keep in our hearts for many many years to come. It has been a truly wonderful tour and I think I will need quite a while to work through the photos and films.

Make sure you have enough time when you start reading this report because it will be a longgggggg one! 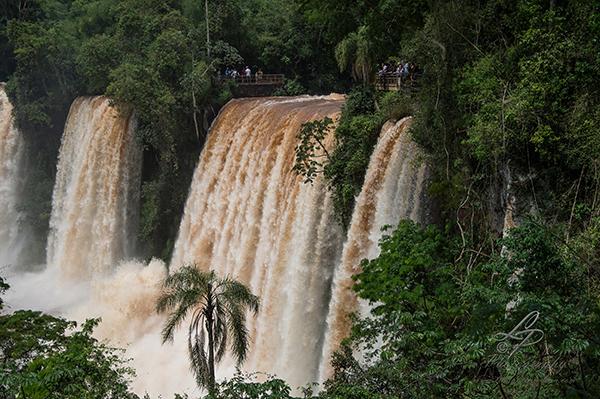 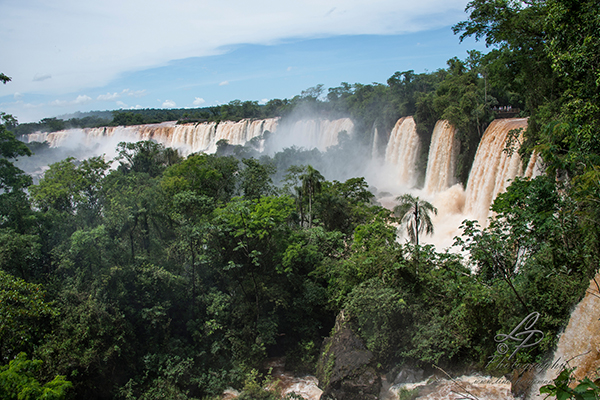 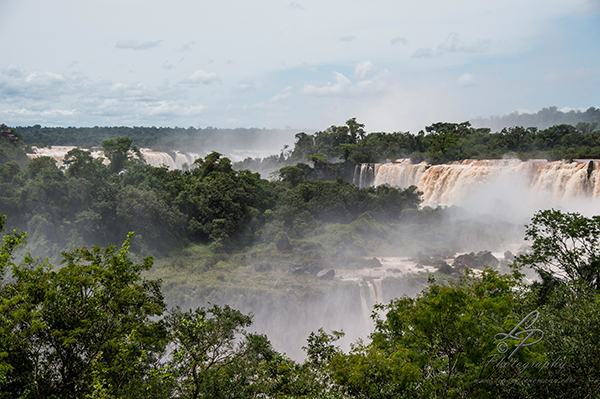 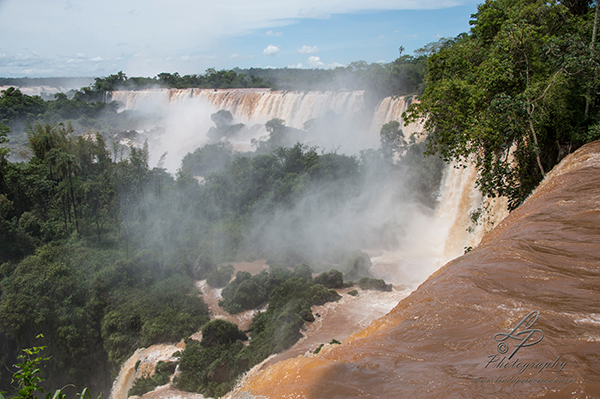 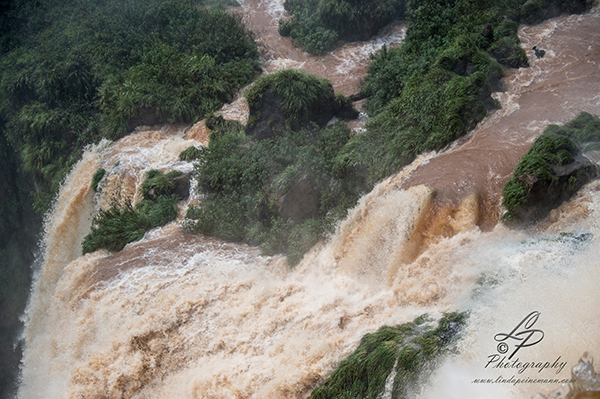 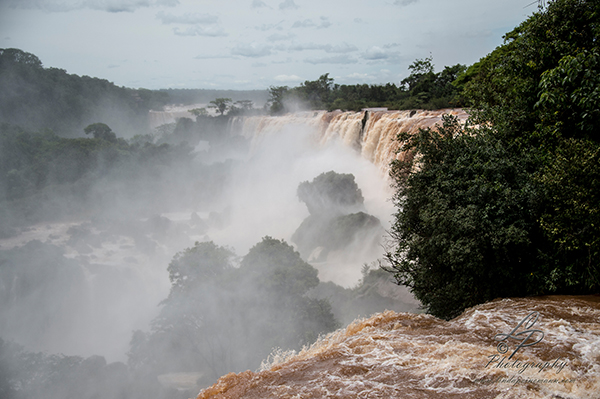 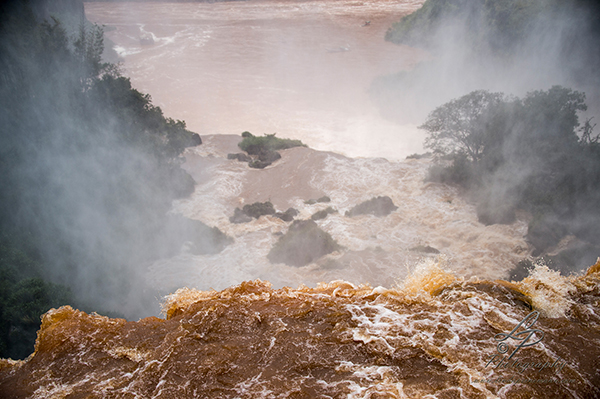 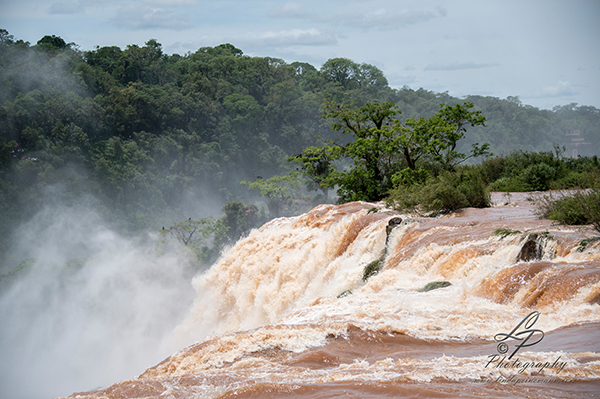 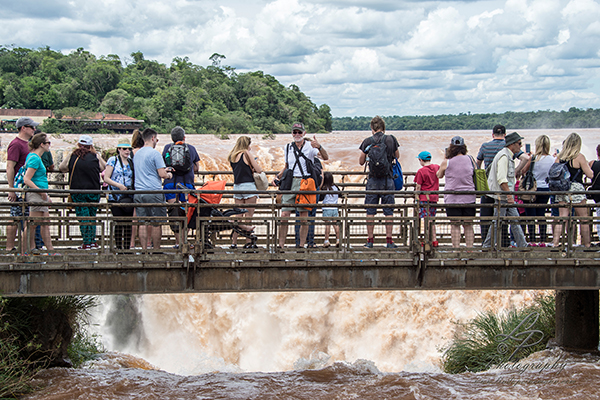 Coming up soon - Linda in Tango fever in Buenos Aires!

Sail-in started around 5.45 a.m. during sunrise. We passed the “Sugar hat” mountain and the statue of Christ. Arrival and Disembarkation 8 am was punctual. As we were leaving the ship on our first overland tour we needed our passports. Aida had organised our Visas for Brazil & Argentine. Unfortunately we had to wait for over an hour to get our passports and were told we would need over one hour to get to the airport in all the heavy traffic so we put off any ideas of touring Rio as our flight departing at 13.40 from Rio International airport was more important to us. We knew there were 3 special attractions in Rio, the statue of Christ, the Copacabana area and beach, and the Sugar Hat mountain offering a view over Rio. However, we had been repeatedly told of the high crime rate in Rio and to be honest it was not a problem for us to leave out this city and just use it as a stepping stone to where we really wanted to go – Iguaçu!

We were able to get a registered taxi at the harbour, which took us to the airport at a charge of US$20. We were there in 15-20 minutes. Peter and I don´t find big, dangerous cities interesting. We much prefer safety and a natural environment.

At the airport we enjoyed a local coffee, some lunch and in no time at all we were getting on our plane to Foz do Iguacu Brazil. In spite of the fact that we do not speak any Portuguese we managed very well by using our hands & feet and always keeping a big smile on our lips!

Our flight took 1 ½ hours. On arrival we collected our rental car and asked if there would be a problem crossing the border into Argentine where our hotel was. We would be flying out from the domestic airport in Argentine but would have to return the car to the airport in Brazil. It all sounds rather complicated but it wasn´t. The lady at the car rental spoke English and explained that we needed to stop off at an office called “Carta Verde” to get a 3-day pass for the car, back and forth from Brazil to Argentine etc., This was no problem and was available at the Brazilian border for US$18. No one spoke English in the office but with a big smile on my face and a “No comprendi” the young man filled out the form for me and I signed it and received our 3-day pass!

Before doing this we had left the airport and had driven in the opposite direction towards the national park on the Brazilian side to check out the distance. It was approx. 13 km away from the airport. We had been informed that on this side we had to park the car outside the park and get a park bus to the waterfalls. The charge for the bus and entry into the park was US$20 (€18). The park opens daily from 9 am – 5 p.m.

Having received all the information we required we headed for the border and our hotel.

After passing through the Brazilian passport control we were in “no mans land”. This is a road, which crosses the Rio Iguaçu and is approx. 2 km long to the Argentinian Border.

It was Saturday evening – rush hour. It took us 2 hours for this drive as there was so much traffic heading for Argentine. Glad we don´t have to drive that road too often. I had also asked about the crime rate at the rental car office and had been told that it was not bad here in this countryside and national park area. That was a good feeling and a relief, as we had not felt too comfortable at some of our previous stops.

We found our hotel quite easily. I had booked it on booking.com and printed out a map of the area showing our hotel. We arrived to find a lovely small hotel, possibly with 30  - 40 bedrooms on the outskirts of town and with a swimming pool. The hotel was super clean; the staff very friendly and most people spoke English. The cost of this hotel was €185 for the double room for 3 nights including a continental breakfast which proved to be very good.

As we had been travelling all day and intended on getting up very early for our tour through the Argentinian side of the waterfalls, we had something to eat and went to bed early.